Origami classes for children in Almaty

The art of origami is an intriguing mystery, and it beckons every child with incredible transformations of an ordinary piece of paper. It's not even a trick, it's a miracle!

In one leaf many images are hidden: a boat, an airplane, a house, a hat, and bizarre dragons, birds, animals, and other interesting things. In the hands of the child the paper comes to life: the crane flaps its wings, the airplane hovers high, the frog jumps, the crow croaks. How much joy, how much delight!

What is origami and its importance in the development of children

Origami is one of the ways of self-expression, maybe, therefore, it has become so widespread among schoolchildren, students, creative people, origami is increasingly used for advertising purposes. There are also those who do not stop on paper as a source material, but go further – on the basis of origami, invent new types of art. Modular origami (folding figures from triangles, squares) and especially the creation of thematic compositions, requires the participation of several people, the collective. Each of the participants in the folding must perform one or more elements of the future craft.

However, his triangles should be as neat as those made by other members of the group

Origami able to influence the emotional sphere of man. This is especially important for those who have various communication problems who are shy or, conversely, too aggressive. Origami is the ideal didactic game that develops imagination and creativity, logic and spatial thinking, imagination and intelligence.

Figures origami can be done in three different ways:


Origami introduces children to basic geometric concepts (angle, side, square, triangle, etc), is the development of the eye, at the same time the enrichment of the dictionary of special terms. Origami stimulates the thought processes. In the process of designing the child has the need to connect visual symbols (show methods of folding) with the verbal (explanation of techniques of folding) and translation of their values into practice, i.e. doing the action. And, of course, develops the habit of concentration, hard work. Origami promotes concentration, as it forces you to focus on the manufacturing process to get desired result
Origami develops combined and spatial thinking, sense of form (in origami is not able to thoroughly depict the details and texture, and therefore particular importance is the ability of a few chopped lines to create the unmistakable silhouette), forms the skills of performance skills and develops complex coordination of movements. It is now proven relationship with the child's ability to make complex coordinated movements of the fingers, with the development of intelligence. But, most importantly, origami develops intuitive thinking, the ability to brainstorm.

Exploring and applying the method of teaching origami lessons you can give goals and objectives.

Objectives of work: comprehensively creative formation and development of the personality of students

The history of Origami

Despite the fact that the paper was invented in China, that Japan was the homeland of art of folding. Perhaps this played an important role similarity of the sound of the Japanese words "paper" and "God" - "Kami". Thus, the Japanese had a kind of mystical connection between religious rituals and folded paper products ("ori-kami"). One such ritual, for example, was the production of small paper boxes of Sanbo, in which they put pieces of fish and vegetables, offering them as sacrifices in Shintoic temples.

But the real revolutionary development of origami began only after the Second World War, mainly thanks to the efforts of the world-renowned master Akira Yoshizawa. He was born in 1911 and played a unique role in Origami history. During the Second World War, when he was a serviceman of a military plant, he had a ripe decision to do origami professionally. For many years he had to struggle with the difficulties of life, almost poverty, but perseverance hard work has brought its results. Akira Yoshizawa invented hundreds of new, previously unknown figures. He not only proved that the art of folding can be copyright, but also contributed to its widest distribution. With the help of the simple contiguous signs he invented, the process of folding any product was possible to present in the form of a series of drawings - drawings. The appearance of these simple icons was equivalent to the invention of musical notation in European music. The skills of the game were recorded and transferred to other people. With the conventional signs of the master Yoshizawa you will encounter, today in any professionally published book on origami.
Notes, folded in the shape of a butterfly, crane, flower were a symbol of friendship or good wishes for a loved one. They could sometimes express more attention, love, than this can be done with words. The ability to add became one of the hallmarks of good education and
refined manners. Various noble families used origami figures as a coat of arms and a seal.

The lesson is origami good for the soul and allows a person a while to break away from the burden of everyday problems and can leave together with a small square of paper in his hands in the wonderful country the Creativity!

In conclusion, we can briefly say that our origami lessons are given to children:

Origami allows to develop the mathematical abilities of children - the ability to reason, think spatially, to look for non-standard strategies for solving problems.

This is an excellent training of fine motor skills. As a result, it has a positive effect on thinking, logic, memory, speech.

It's hard, but interesting activity forms in children such qualities as patience, attentiveness, accuracy, helps to develop concentration of attention, the ability to bring the matter to the end, trains assiduity and acts soothingly.
Origami for children and pre-school children 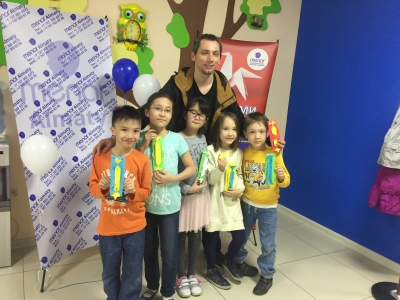 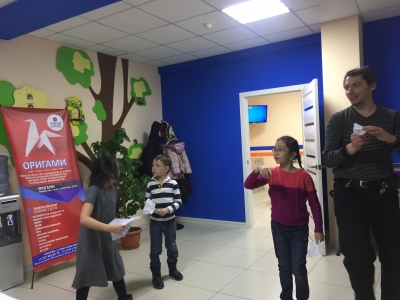 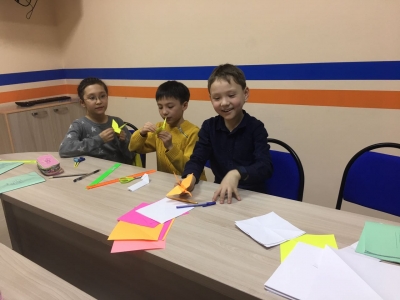 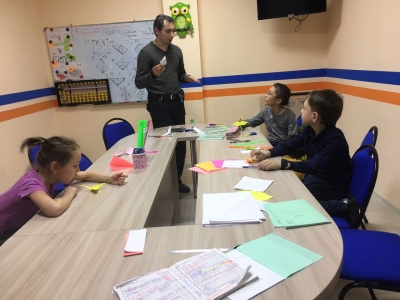 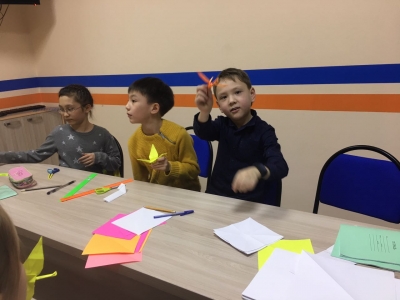 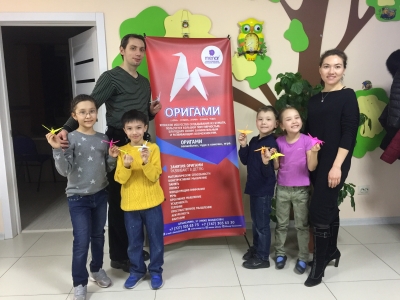