Early development for children in Almaty

Early development is a special technique aimed at advancing

development of the child's abilities, so that he begins to implement various physical and intellectual actions and operations before the overwhelming most of his peers.

No method, no author calls for the replacement of walks and games with training at the desk. It's just about making educational outings, and games for developing ones. Remember the most important rule of early development: no violence!

Glenn Doman is the founder for the Institutes for The Achievement of Human Potential whose initial focus was to help develop a program for treating children with brain injuries.  With this program, they were able to help brain injured children catch up in their physical and mental development so that no difference could be detected between them and their “normal” peers. They accelerated their reading, Math, general knowledge, and physical development.

After the success of this program with brain injured children, they later adopted these approaches with normal children and thus began the Gentle Revolution Intended for children from birth to 6 years, the objective of the Gentle Revolution is: “to give all parents the knowledge required to make highly intelligent, extremely capable, and delightful children, and, by so doing, to make a highly humane, sane and decent world.” According to founder Glenn Doman, young children love to learn more than anything else and this desire should not be ignored.
There is a shortage of this method - its extraordinary labour intensity. Parent, who decided to apply it in full, should be prepared for the fact that there will be no time left for anything other than work on this method, either the adult or the child.

The main goal of the method of Cecil Lupan, mother of two children, is information, information and once again information. Only by receiving information, the child's brain learns to work: analyze, reflect, and therefore develop.

The desire for knowledge is laid in every child, but one can not "cram" everything into it. Only interesting and useful information is needed by the child. The basis for the development of thinking and speech, according to her method, must be laid from the earliest age, from the first days of the baby's life. However, unlike Doman, she does not stop only on visual stimulation; to the cards of Doman Lupan adds methods of development of auditory and tactile sensitivity. For the rapid and harmonious development of the child, information is required that comes through different channels: auditory, visual, kinesthetic (that is, through the body) and even with the help of odors! After all, all people are different, and it is impossible to determine which way of obtaining information is most important for your baby. Offering him to watch and listen, touch and smell, break and create, parents provide the child with the maximum number of opportunities for mastering the world around him.

Boris Pavlovich and Elena (it was such a spelling of her name she preferred) Alekseevna Nikitin, perhaps the most famous parents of the Soviet Union. They raised seven children and, above the teachers by profession, managed to understand clearly and clearly their experience of upbringing in books and manuals. Together they studied and tested various methods on their children, create an entirely new system for the education of healthy and intelligent children. Since Nikitin’s raised and brought up seven children, it can be argued that the methods they proposed were thoroughly tested "in the field." It is also important that the spouses were able to learn from their mistakes. So, for example, wanting to bring up independence in their firstborn, they basically did not help him in "difficult situations" - for example, when he fell, cried and called for help, his parents did not rush to him, but waited until he calmed down and found a way out for himself of the positions. So it turned out, but here's the problem: when he was born a younger brother, the elder did not regret, did not reassure and did not help his brother ... Parents quickly realized their mistake and hastened to change the approach to children.

The couple's name was IFOEDA (Irreversible Fading Opportunities for Effective Development of Abilities). Like many other authors, the Nikitin’s believed that if you had not taught a child before three years, then you must condemn him to a mediocre and boring life. Nikitin’s, like Montessori, adhering to the principle of maximum freedom and offering the child to do what he wants, as much as he wants, combining physical and intellectual loads. They are based on the conviction that intellect is first of all logic and attention, therefore it was precisely the development of these aspects of thinking that were the directions of development methods.

Nikolay Zaitsev, was born and grew up in a family of rural teachers and did not doubt his choice of a specialty. After the university he was sent an interpreter to Indonesia. There, Nikolai Alexandrovich began to teach Russian as a foreign language. One of the most difficult languages of the world - Russian - had to be taught in the shortest possible time. The pupils were adults who were already accustomed to studying. He immediately invented new methods, invented original tables, tried to penetrate the essence of the language, so that, according to Zaitsev himself, "learn to pass it on to others."

Success inspired the young teacher to develop his own teaching system - a system that takes into account the psychological characteristics of the perception of the Russian language, is free from unnecessary conventions and cumbersome rules, is evident. The methodology was adapted for toddlers - training was limited to games. And then the teacher expected success. His invention - cubes - was called a "ringing miracle."
Children who have difficulty mastering the letter, began to read literally a few
lessons.

Zaitsev did not stop there. He developed a system of teaching English, mathematics, geography - and everything based on his cubes and attached tables.


In conclusion of our review, we can say that: there are several scientific theories of the development of human thinking, and each of the techniques is based on one or another theory. But they are all one in one: the worst thing a parent can do for his child is not to do anything. Only by following a certain system of studies can you achieve a harmonious development of the child and make him happy.

A big plus of early development is learning in the process of playing and motor activity of children. No one forces a child to sit at a desk and study books. The kid himself does not understand that he is being "developed". He simultaneously learns the peculiarities of materials, develops sensory perception, speech and fine motor skills of hands, teaches shapes and colors, fixes parallels "big - small" and "one - many" and so on.
Thus, children attending development centers are more adaptable at school, they are more diligent in their lessons, they are attentive to the words of the teacher, in a word - they know how to study, work in class, group, listen and hear the teacher, fulfill his requirements. Since, in development centers, the skills of communication, intellectual development and certain rules of behavior are instilled.

Choosing a method for the development of your child or trying to "combine" something common from such different approaches, remember that each child is unique.
Early development for pre-school children 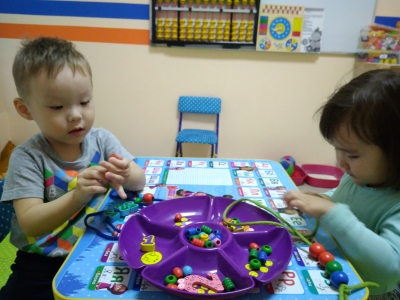 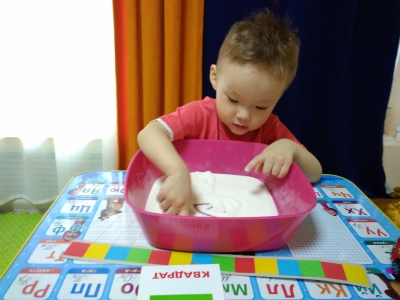 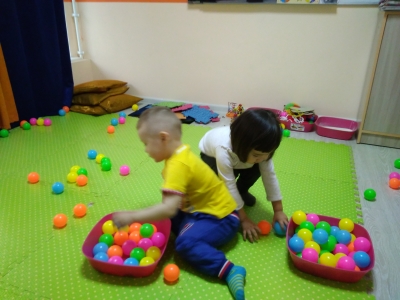 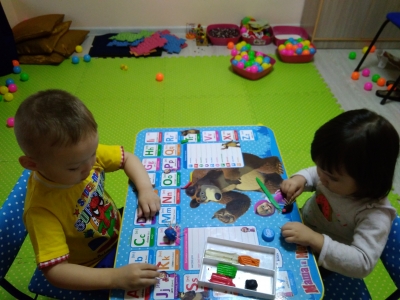 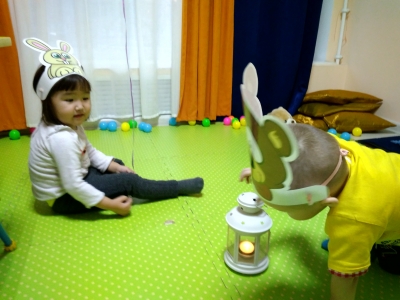 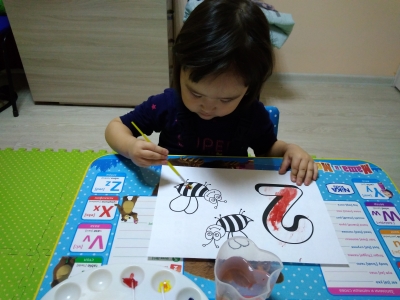